In today’s episode of 7 in 7 we take turns telling jokes! So hit play and listen to “The Jokes For Kids Episode” where we share some hilarious clean puns and kid-friendly jokes.

That’s it. Thank you for joining us on our Jokes For Kids episode. Hopefully, you learned something new and had some fun. 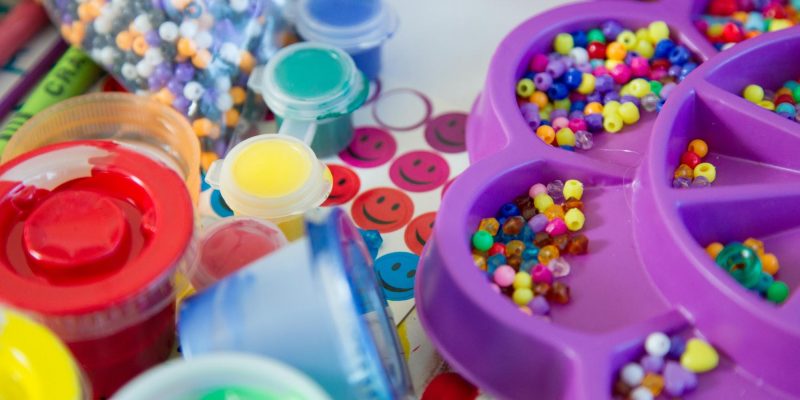 If ever there was a time to have a list of indoor activities for kids to keep them occupied, this is it. Being stuck inside with kids can be difficult – it helps to be prepared with a list to turn to for inspiration. We’ve come up with 100 fun and entertaining indoor activities and games, and made sure to keep them varied so there’s something for everyone (these are adaptable for any age).

Try some of the activities here to find your kids’ favorites. We’ve included activities in crafts, education, games, fitness, music, podcasts, and more, to help make being stuck inside a little more fun. Also, because we’re parents too and appreciate anything that makes life a little easier, here’s a printable list of the indoor activities for kids.

You might also enjoy our Riddles for Kids (read or listen!), and our article on Educational Resources to help you teach your kids at home.

We hope you enjoy some of these activities, and get inspired to make the best of your time stuck inside. We’d love to hear what your family’s favorite indoor activities for kids are, please share them with us in the comments!

In today’s episode of 7 in 7 we’ll talk a little about dinosaurs! So hit play and listen to “The Dinosaurs Episode” where we answer:

That’s it. Thank you for joining us on our Dinosaurs episode. Hopefully, you learned something new and had some fun.

In today’s episode of 7 in 7 we’ll talk a little about ants! So hit play and listen to “The Ant Episode” where we answer:

That’s it. Thank you for joining us on our Ant episode. Hopefully, you learned something new and had some fun.

In today’s episode, 6 year old Nathaniel is the host and asks his dad some Pokemon questions:

That’s it. Thank you for joining us on our Pokemon episode. Hopefully, you learned something new and had some fun. Have a question you want us to answer? Use our contact page to send us your questions, and we might answer it in an upcoming episode or explore more educational podcast for kids on our episode page.

Want to read even more about Pokemon

Let’s start with our Pokemon questions!

Pokemon is a Nintendo game and cartoon from Japan. It was first called “Poketto Monsutaa” or “Pocket Monster”.

There are lots of different Pokemon video games, and also Pokemon videos and movies. Pokemon are creatures who live in the wild or close to humans. They mostly don’t speak, except to say their names.

In most Pokemon games, players play as Trainers to go on adventures with their Pokemon. They search for new types of Pokemon to add to their collection, and have battles with other Trainers and Gym Leaders to get gym badges.

Players can battle and trade Pokemon with other players.

What is Pokemon Go?

Pokemon Go is a mobile game that you can play on a smartphone or tablet. Players walk around outside, and Pokemon characters appear on the game map.

When you’re close to a Pokemon, it will show up on your screen and you can throw Poke Balls at them to catch them.

Players try to collect as many different types of characters as they can.

What is a Pokemon trainer?

A trainer is someone who catches, sometimes names, and trains different types of Pokemon.

What is a Pokemon Gym?

There are Gyms at different locations, where you can battle the Pokemon of other teams. Trainers battle each other for control of the Gyms. Each gym has up to 6 Pokemon that are there to defend it.

Trainers from other teams can bring six of their own Pokemon to battle against the defenders, to try to claim the Gym for their own team.

You can work with other Trainers to defeat Gyms with powerful Pokemon.

How does a Pokemon win a battle?

How well a Pokemon does in a battle is based on its Hit Points and Combat Power.

Hit Points (or HP) measures a Pokemon’s health, and Combat Power (or CP) measures the strength of their attacks.

Pokemon with high Combat Power and high Hit Points have powerful attacks, and can survive attacks by other Pokemon.

How do you get Poke Balls?

There are locations where you can go to collect free Poke balls that you can use to catch Pokemon.

Players can also find Pokemon eggs that hatch into Pokemon.

What are the different types of Pokemon?

There are 18 different types of Pokemon. Each Type has its own strengths and weaknesses.

Some types of Pokemon are weak against other types, like the:

The types also have different moves related to their type. A Fire Type Move like Ember, will be strong against a Grass-type Pokemon like Bulbasaur.

Some Pokemon can have two types. These are called Dual-Type Pokemon.

Usually the Dual-Type Pokemon’s types make sense that they go together, like the Rock/Ground-Type Pokemon Onix. Sometimes a dual-type Pokemon loses one of its types and gains a different type when they evolve.

Some single type Pokemon will change to a different type or types when they evolve.

Evee is a normal type which can evolve into a Flareon, which is a fire type.

Ninjask. Ninjask is so fast that it cannot be seen. It is a bug/flying type.

There are eight hundred and ninety Pokemon.

Ho-oh. It is a Fire/Flying type Legendary Pokemon.

It can revive any Pokemon and is super fast, and has a very strong Fire-Type attack called “Sacred Fire”.

Q: Why was Meowth scared of a tree?
A: Because of its bark!

Q: How can Pickachu make a baby laugh?
A: By playing pika-boo!

That’s it! We hope you enjoyed our Pokemon episode!

In today’s episode of 7 in 7 we’ll talk a little about viruses and covid 19 aka coronovirus! So hit play and listen to “The Virus Episode” where we answer:

For our next episode we’re going to change things up and Nathaniel will be the host asking me questions about Pokemon!

For any parents at home looking for some resources to help keep kids entertained or do some homeschooling. We wrote an article where we link to some Educational resources in case you have to teach at home because of covid 19.

That’s it. Thank you for joining us on our Virus episode. Hopefully, you learned something new and had some fun. Have a question you want us to answer? Use our contact page to send us your questions, and we might answer it in an upcoming episode or explore more educational podcast for kids on our episode page.